End Of Level Boss Inside The Difference Engine 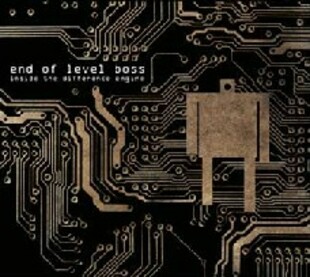 It was easy to take End of Level Boss for granted after their top quality debut (2005's 'Prologue'). With members of the mighty Hangnail in their ranks, the standard of stoner rock on offer was surely never in doubt. When their second album was imminent, more of the same was to be expected. Now it has arrived and I've had chance to digest it, it is, naturally, brilliant - but even more than expected. 'Inside the Difference Engine' raises the bar set by 'Prologue' by several notches - not just your average step up developed by a stronger band spirit but a marked improvement on what was already a fantastic sound.

From the robotic stoner rock of opener to 'Selfishnegativibemerchant' to the experimental, Terminator soundtrack-esque closer 'Connortations' (as in John Connor-tations perhaps?), End of Level Boss never let up, and, helped by it's sensible size (eight tracks), have created an album that is enjoyable throughout. Highlights still stand out, especially in the middle - the ugly opening of 'Corners' giving way to magnificent heavy riff beauty, and the following 'Words Have No Meaning' also poking it's head above the waters.

With a furious live show, honed on tour recently with Stinking Lizaveta and The Hidden Hand no less, End of Level Boss are a great band to be into right now. For those who found something in 'Prologue' to their taste, then I'd thoroughly recommend 'Inside the Difference Engine'.

Forums - - End Of Level Boss - Inside The Difference Engine