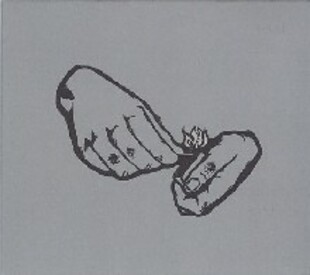 After being transfixed by the amazing Toner Low album, I found myself with an appetite for more devilish doom drone. No sooner had I reviewed that and 'Let the Churches Burn' arrived, as if summoned by my dark thoughts. By the end of the opening title track (eleven minutes later), my need for a fix had been satiated. Massive riffs collide with a bludgeoning percussion, the effect laden vocals scream out at you as the Mogadon-ic slow pace and perfect production (courtesy of the one and only Billy Anderson) create a menacing, grime-laden doom classic.

Similar moments can be found across the album's length, all interspersed with Sunn0))) style drone passages. The resulting dirge is hypnotic yet through headphones it's denseness can feel claustrophobic. The samples used suppliment the anti-religious mood eminating from the lyrics, and of course the album title, as well as providing a contrast to the Jus Oborn-style vocals. Electric Wizard seem to have a definite influence on the music as well, their darkest moments feasted upon by Suma for inspiration, and welded to the aforementioned drone sensibilities of restraint, noise and occasional minimalism.

This is an incredibly heavy and dark album. The fact it never really hits the heights (or, to put it more appropriately, plunges the depths) of the opening track is testament only to the quality of the beginning. 'Let the Churches Burn' is an immense record that fans of the sonic extremeties of doom should be aware of.