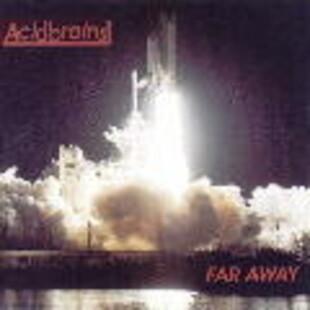 This review has been a long time coming. Being a massively lazy bastard, it's hard to muster the enthusiasm needed to sit through a whole album enough times to come up with enough for a whole review. Unless it's the Castor Troy album, in which case 3 listens will take you as long as an episode of Hollyoaks and is about 1000 times a better way to spend your time. This is made worse when it's a band you've never heard of and who, on first listen, don't grab you. Anyway, in general, Acid Brains are old-school rock and roll with some stoner elements thrown in from middle Italy. Not my kind of thing if I'm honest but every band deserves a fair listen.

Thankfully, they don't fall into the traps most bands of the genre do. There is the occasional song where the band reel out a heavy riff for one part of a song and a quieter version for the next, but the vast majority of the music is well written and well played. The guitar tone is a little out of place for the most part though, sounding a little too clean and, for want of a better word, 'nice', on the distorted parts where a little more dirt would have given the band that vibe they're obviously looking for. As for the tunes, the opening track 'Do You Wanna Hear Me?' is oddly one of the worst songs on the album with the aforementioned quiet/loud trick coming into play and an irritating vocal melody. Thankfully, the album seems to get better as it goes on, standout tracks being 'If All is the Same' and 'Something Wrong' the former with an atmospheric intro and almost thrash main riff, and the latter having a great Queens of the Stone Age groove carrying it along.

The bad points mainly come from the lack of originality. Recent stoner (and everything under that vague banner) has given us a wealth of interesting takes on music, with the use of samplers, constant time signature shifts, changing song structures, improvisation and even proper singing. Acid Brains stick for the most part to traditional verse/chorus method of songwriting, although there are some innovative moments on here such as the shift 2 minutes into 'I Hate Reviews' which powers the song to its conclusion. The singing is also unusual in places, the phrasing sounding slightly 'off' and with slightly uninspiring lyrics. Having said that, their English is a lot better than my Italian and it's taken a brave band to do an entire album in their second language so fair play to them.

It's a cop-out concluding paragraph, but I'm not a fan of straight-forward rock and roll, so this was never going to do much for me. If it sounds like your kind of thing, give them a listen as there was enough here for me to enjoy, though I would have made a few changes to the production and tracklisting.