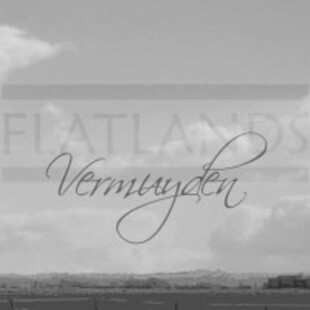 Flatlands are no strangers to regular visitors to this site. They are, to a man, sound blokes, good musicians and mediocre shags, so there could be some accusations of bias in this review, which I admit is overwhelmingly positive. That said, putting on my best critic's hat, I still can't find much to fault with this release.

Opening track 'Later, Dawn' starts with murmured conversation and quietly plucked guitars. An interesting little sonic appetiser that dovetails nicely into 'Prehistoric Animal Brigade', which quickly introduces some appropriately primeval bellowings from bassist Simon. Then all of a sudden, we're into classic Fatlads territory. Slow-building interplay between guitarists Adam and new bloke Gareth builds into a crescendo over which Mike howls his lungs out. I'm continually reminded of Envy, but filtered through a Neurosis-esque tip, as guitar melodies weave in and out of low-end holy-fuckery and Mike and Si trade off raw lungfuls, before it all breaks down into the seemingly obligatory post-rock bit which builds back into the riffs.

The rest of the EP continues in this vein, which is not to call it repetitive. For a band that prides itself on replicating the monotony of small-town life, there's enough dynamics and innovation to keep even the ten-minute-plus 'This Song Is A Film' fresh and interesting. If I could be said to have a peeve with the EP, it's the filler track 'Slow Down For The Aslackby Bends'. Basically it sounds like the start of a Sunn0))) song with a sample from a tourist information guide played over the top of it. Thematically it fits, but from a personal perspective, daddy wants more riffs!

There's a lot of bands doing this type of music at the moment, but to these ears at least, Flatlands stand up there with Red Stars Parade and Sunshine Republic as leaders of the pack.