Art Of Burning Water The Voyage Of The Pessimistic Philosoph: An Ode To Believers Of The Prevailing Law Of Sod 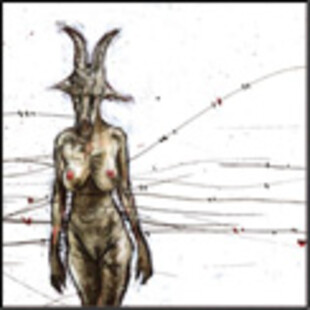 A subtle swell of strings spills from the speakers, restrained and calm, yet laced with ominously melancholic overtones. Album opener 'Murder the Skies of England' is the proverbial calm before the storm, segueing without warning into a chaotic maelstrom of choppy riffs, scathing vocals and intricate drum work.

From here on in, Art of Burning Water take a hatchet to contemporary metal, hacking off pieces of sludge, stoner rock and noisecore as they go. What results is a pleasingly dense and complex record that simply refuses to be pigeonholed. The band display an eclectic palette of influences and manage to fuse them in such a way that they never come off as sounding derivative or predictable. The riffs are satisfyingly complex, employing more than enough clever time changes to keep you on your toes. All this is backed up by busy, fluid drumming that wouldn't sound out of place on a Mastodon record. The vocals are sick mid to high pitched screams that suggest the early onset of a full blown nervous breakdown.

It's a little like listening to the result of some sordid union between Keelhaul and Converge after one too many beers. Art of Burning Water have all the technical flair of a band like Keelhaul but boast a raw and venomous edge that puts me in mind of British sludge greats Iron Monkey. It's a pleasure to hear a band who haven't forgotten that straight up riffs can happily co-exist side by side with off kilter time signatures.

Perhaps it's just me, but I can't quite shake the notion that there's something quintessentially British about the music on 'The Voyage of the Pessimistic Philospoh'. A kind of twisted acceptance that life will, at times, get so distinctly fucked up that all you can really do is take a step back, unzip your trousers and take a long self satisfied piss on the whole bloody lot. There's an all so familiar dry misanthropic sense of humour running through their music that just couldn't have originated anywhere else.

This is visceral, inventive and passionate music that demands attention. I suggest you give it a look.

Forums - - Art Of Burning Water - The Voyage Of The Pessimistic Philosoph: An Ode To Believers Of The Prevailing Law Of Sod