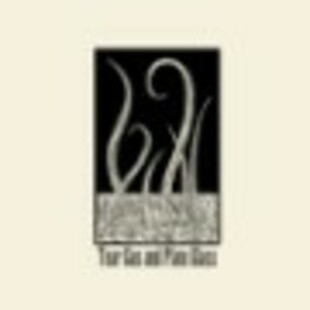 There really is no justice sometimes - hundreds of bands out there putting little or no thought into a band name, most sounding crap or uninspired - yet here's one that sounds cool and original and different, and you find someone has actually used it before. So this demo is the last act for this band under the moniker of Tear Gas and Plate Glass, hence forth to be known as Analysis of Bison Kills.

This smartly packaged demo (DVD sized case with glossy inlays) aims for an epic sound, and, unlike many at this level, achieves it magnificently. There's a definite Cult of Luna style to it all, but there's moments all across the four tracks that remind you of other bands or feel totally fresh, making this more than just a Hydrahead-wannabe that others seem content to settle for. Opener 'The Search for Sagapenum' sets a fine benchmark, the mix between atmospherics and extreme heavy riffs perfectly balanced. There's an almost industrial element at work, accentuated by the spoken word vocals, creating a 5ive's Continuum Research Project meets Godflesh vibe. 'Cast Off the Koh-i-Noor Calls' is even better with it's huge lurching Mastodon-ic riff at turns built on in grand manner and then stripped bare, left alone for maximum impact that truly grips.

'A Portolan of Musica Portamento' opens in a slow, grand doom manner, gradually growing with the introduction of another fantastic riff, and when vocalist Nathan Dick begins singing "No we won't fall" the song takes on a haunting menace that is atmospheric and, without exaggeration, glorious. The CD finshes with 'An Inhospitable Inquisition of Minds', a slower, almost sludge-like offering - the vocals now screamed, again offering another angle.

'The Sea Stranded Whipjack' is, in short, a brilliant release, that will appeal to anyone with an interest in the modern epic, atmospheric metal that has risen to prominence in the last five years, while containing variance from anything else to ensure its originality. So long as momentum or drive hasn't ben lost with the changing of names, Analysis of Bison Kills are destined for bigger things.