The Other Side Of The Sky Rorschach 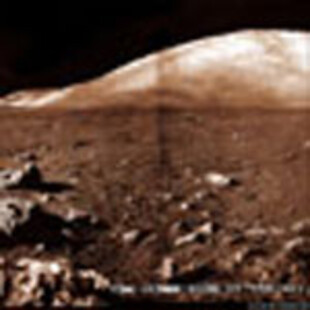 Anyone who's seen the film '28 Days Later' will have heard a song by Godspeed You Black Emperor! playing in the background at several points through the movie. Like most of their work, it's a stupidly long number based around a few choice notes on guitar and is a fascinating, haunting piece. Any musician who's tried this will tell you, it's very difficult to pull off this type of music without it being extremely dull to listen to.

Opener 'No Compromise' is a classic example of biting off more than you can chew regarding the whole 'epic build rock' thing. A good rule is this: I shouldn't be able to pick up my guitar and be able to play 3/4 of the song after a minute or so worth of noodling. Here I can. Five descending notes (E flat, D, C, B flat and G if anyone cares) are carried through almost the entire song, the main guitar barely changing other than a few obvious variations. The rest of the band build throughout the track in a slightly more interesting way, but there's still that one line ringing through to distract you like a car alarm. The whole thing smacks of laziness and isn't exactly a confidence builder for the rest of the album. So does it get better?

Thankfully, yes. The title track is pretty good, based on another simple chord change but with enough changes in rhythm to keep it interesting. Things get better and better with 'Times Square Spectre', and by the mid point I was trying to remember why I initially disliked it on the first listen. I was even debating with myself whether or not to be a little nicer in that last paragraph, but the world must be told the truth. By the time the album finished I was sold; there are a lot of intelligent musical ideas here, and they make up an excellent album, which gives as much back to the listener as they put in.

So, a great second release for the Florida boys despite the first track. (Tip: Never, ever play it again. Ignore it. Claim the drummer wrote it, and then fire him. He probably won't remember not writing it.) That said, the bands press release suggests influences such as Isis, Neurosis and Mogwai, and stacked up against competition like that, the album pales a little. Still, it stayed in my CD player a lot longer than necessary for the review, (it was eventually usurped by 'Takk' by Sigur Ros,) which is a pretty good recommendation.

So, if you've exhausted the Neurosis back catalogue and want more...... you should get 'Being and Becoming', by Snowblood. But then you should buy this. Hey, get both at once. Go mad. It's your money. You earned it.

Forums - - The Other Side Of The Sky - Rorschach