Bumsnogger / Among The Missing Split 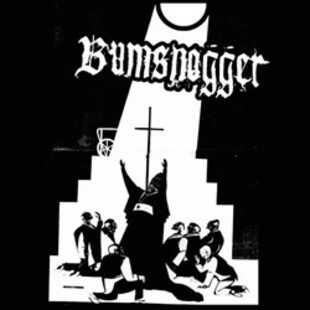 Gurgle, slurp and stench, three words to describe sludge, and both sides of this very pink vinyl. Released to commemorate, Jubilee-style, the coming together and touring of Nottingham's Bumsnogger and London's Among The Missing, this split package comes with some cool artwork, and good old hardcore-style black and white card that reflects the style inside very well.

First off we have Bumsnogger, offering up a hocked-up glob of filthy riffs and nearly danceable riffs with their almost power metal titled 'Trampling The Infidels With Hooves of Hot Iron'. Andy's vocals have become even more black metal than before, his screech is much more urgent and fervent than previous efforts, John's remains the same, but effective as ever. The track itself is quite similar to previous EP '...And Destroy All Those That Come Before Us...' save for a quieter, more elongated ending, encroaching on trad-doom almost before dying out into feedback. 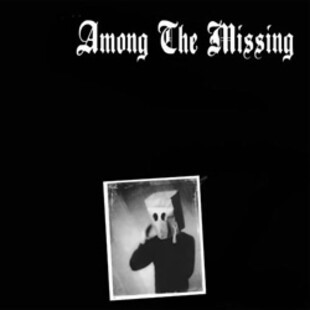 The gargantuan sound that they have got at Nottingham's Paperstone Studios is pretty rough but suits their needs perfectly, more new tracks soon please lads!

Among The Missing come in with an equally rough sounding globule of filth, coming in all loose and chaotic grind, Tim screaming "Fuck you and all your kind!" before dropping the speed, but not the intensity to a more doom-esque riff. What can only be described as a Goblin-like noise from Tim erupts from the speakers before a chant like "Useless bunch of motherfuckin' assholes" sets the chugging riff off nicely. Quite why such blatant swearing is needed here I don't know, but I'm sure Timothy has his reasons! A very intense and foreboding riff permeates the rest of the song, adding to the atmosphere of what is perhaps the most brooding and hypnotic release I've heard from Among The Missing.

I thoroughly recommend this release to any of you who have witnessed either (or both) bands live, and anyone who likes a big shot of filth with their sludge.

Forums - - Bumsnogger / Among The Missing - Split