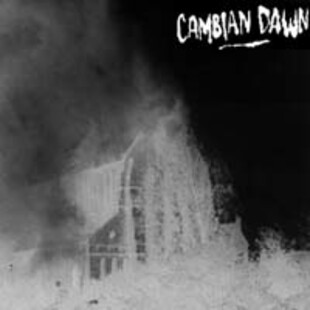 I have heard of the name Cambian Dawn for a while now, but never managed to get round to hearing their sound. For no real reason (other than the sound of their name I guess) I had always believed them to be a doom band, and when you see the demo's title and notice the length of the three tracks - between seven and ten minutes each - not to mention the burning church sleevework (which admittedly leads to certain other genre presumptions), then I guessed I had got it about right.

What comes forth from the speakers however isn't exactly in keeping with my predictions. Yes, it does have a definite doom feel to it, but the opening riff alone brings other styles, most particularly stoner rock, to mind. It is an excellent opening, fast paced and clear sounding, indicative of the production values that are of a high quality throughout the demo. Despite the aforementioned longevity of the tracks, it is generally not to the detriment to the flow or enjoyment of the songs, maybe with the exception of middle track 'Storm Weather', where you may find yourself skipping on after only half of the seven minutes have gone by.

Final track 'Tattered Shreds of Faith', is another gem, the slow beginning and dark heavy riff that follows reminiscent of 'Houdini' era Melvins, which, of course, is no bad thing. All in all it's a quality demo that's at the doom-end of stoner, or vice versa, and is well worth checking out by anyone interested in the genres.