The Domes Of Silence Mescaline 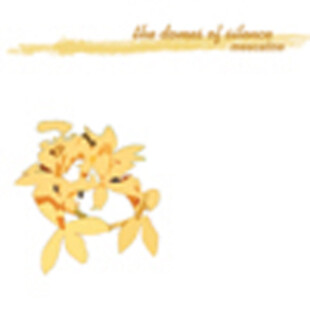 Ah, Oxford. Home of prestigious universities, Radiohead, punting and a spectacularly attractive girl working in a gift shop who's distantly related to Audrey Hepburn. I only mention this as The Domes of Silence hail from that fair city. And in the vain hope the gift shop girl reads this and gets in touch. Just email ninehertz and ask for Gareth.

Classifying Domes... into any one genre isn't an easy thing to do at all. Sure, the bass is huge and fuzz-soaked throughout, and the old-school blues riffs point toward old-school stoner, but there's more than a hint of The Doors on 'Far From Bourbon Nights', lazy psychedelic swing. Singer Sean Parkin seems to be doing his best to sound like a more coherent Ian Curtis, and at times the whole thing sounds like Primal Scream, especially on the great 'Lost Weekend', and suddenly everything's a little more difficult to pigeon-hole. For me, this is one of the band's best assets. Most bands seem happy to be hammering out an albums worth of identical songs which appeal to a very narrow audience, (I'm looking at you Angus Young,) and it can make bands sound stale after a very short space of time. Domes of Silence veer from style to style, and looking at my notebook there's a huge list of bands I thought of while listening to the album, and the spread over genres would embarrass most 'experimental' bands.

Take the title track as an example. Four minutes of slow, lazy blues groove with Nine Inch Nails style guitars laid over the top. The fuzz guitars kick-in and it all goes a bit Brit-rock, and then a hard-hitting piano and acoustic guitar section kicks in, followed a little later by an ascending noise-solo. 'Selfless', again is very Doors sounding with it's prominent organ sounds and behind the beat drumming, and 'Utopia', is probably the closest the band get to heavy with a slew of great riffs, and, vocals aside, wouldn't sound out of place on a Queens Of The Stone Age release.

In the same way 'Rated R' is probably my favourite QOTSA album, (although it depends on what mood I'm in,) mainly due to the fact it comes across like an 'ideas' album where every song was built around a different riff or sound, 'Mescaline' was largely enjoyable listening experience. However, ideas in the wrong hands can turn into gimmicks or something worse. While the album was mostly great, the problem with such a hyperactive changing of sounds is that parts can come across as a diluted version of whatever style the band is trying to emulate. 'Jenna', for example is a weak point of the album, sounding like early 90's/late 80's Brit-rock with it's foreboding piano and far too many random noises kicking around. Thankfully, the band's musicianship makes moments like these rare, and any weak moments are usually confined to a few bars here and there and are usually over before any teeth-grinding can take place.

As much as I like 'Mescaline', it certainly isn't for everyone. The aforementioned Brit-rock elements may put off the more purist section of the stoner/doom/whatever market, and the fact the boys don't seem to tune their instruments down makes the album sound brighter than most albums kicking around most ninehertz readers record collections. But if there's any of you out there with a stack of Fu Manchu records hiding a locked box full of Primal Scream records, or just anyone with an eclectic record collection, this one's for you.

Forums - - The Domes Of Silence - Mescaline