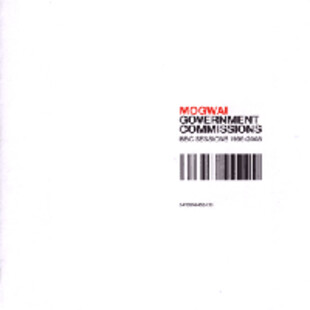 Yeah, it's a Mogwai album. Basically it's a collection of recordings from the bands various BBC sessions between 1996 and 2003 to act as a stop-gap until their next album proper is released later this year. No, it's not really stoner/doom/sludge/whatever, but as bands like Isis have proved more and more as their career progresses, you don't have to bludgeon people over the head with riffs and distortion to be skull crushingly heavy. There's more vocals than you'd expect from a Mogwai album here, most notably on starting track 'Hunted by a Freak,' which uses a vocoder to beautiful effect to make a haunting melody over some brilliantly inventive music and the dreamy 'CODY.' The centrepiece of the album is a massive 'Like Herod,' which builds before standing and growling like an angry bear for a full 18 minutes. It seems a little out of place amongst the other tracks which are a little short for a band who at one point were famous for their lengthy tunes. It's also the best argument they've ever put forward against being described as 'indie.'

The only real problem you could level at the album is for being exactly what it is; a stop-gap release. If you're a fan of the band, you probably already own most of the songs here in one form or another, as the band are fairly generous with releasing MP3s on their site. Even more obscure titles like 'New Paths to Helicon pt II,' have been released for free in live form before. That said, it's still an eye opener for people who may not be familiar with the band, and is still an essential buy. If you're looking for a concise introduction to the world of Mogwai or are a completist after a live document of one of the best British bands ever, this is a must-buy album.

Oh, and before anyone starts flaming me for reviewing this, pop a good pair of headphones on, listen without distraction and shut the hell up. Now tell me it's not fit to be on here.