Yob The Illusion Of Motion 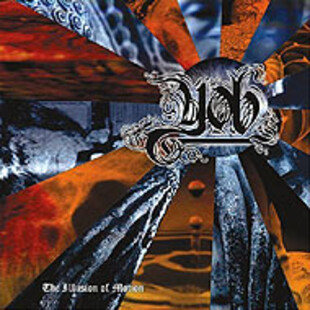 Ever dreamt of a perfectly fucked-up union of Black Sabbath and Neurosis, with a pervasive and enthralling stench of psychedelia thrown in to the mix? If this is your idea of heaven, then you're in luck, Yob has made the album you've been waiting for.

This US trio of longhairs conjures up an impossibly heavy, yet warm sound, with the doom lord credentials of Electric Wizard and Khanate but without the bleakness of some of those type of bands. Neurosis is really the best clue - yet Yob manage the same level of structural depth and immersiveness with an apparently more 'relaxed' approach.

The slightly cheesily titled 'Ball of Molten Lead' opens proceedings - one of the shorter of the four tracks but still well over 10 minutes.. The thing about this album is it employs quite a few cliches, but twists everything so beautifully you are just swept along - e.g. the windy, atmospheric noise at the start is overlaid by some very Hendrixy guitar picking, and it's already feeling like 'classic psychedelic rock time'. However while this blatant old-school-ness is certainly not a ploy here, its purpose as a foil for the moment when the band steams in is revealed as they just CRUSH you. The descending riff that they lock into a couple of minutes in is one of the greatest things I've ever heard, like Neurosis again but with their chains cut, flying free of all expectations.

This is a band seemingly with no pretensions - they just create pure atmospheric doomy metal. And the vocals - my god, the vocals - alternating between a high-pitched Ozzy/ Geddy Lee/the guy from the film The Warriors (you know: 'Warriors - come out to plaaay!!'), and guttural growls, this sets a new and refreshing benchmark. The harmonies and notes that Mike S reaches for (in high pitched mode) are just completely otherwordly and part of this album's greatness. It goes far beyond metal and should make pigeonholers just sit back and shut up.

Track two is a happy little number called 'Exorcism of the Host' which begins with church bells (again very Neurosis) and then emerges a miserable descending riff which is as doom as you want. However while it's doomy and miserable somehow there is a beauty which carries it all along and stops everything becoming too much. Eventually it turns into a Sabbathy groove to provide further respite.

Track three is a real red herring, actually quite 'jaunty' by comparison - its title 'Doom No 2' perhaps something of an in-joke. The stand-out element is the use of a great atonal trebly riff amongst all the bottom end hammering. They still manage to move through several shades of style in this 10 minute (roughly) track without a hint of contrivance or laziness of approach.

But it's the final 23 minute title track that claims its rightful place as a majestic benchmark of this genre - a stately, relatively gentle intro giving way to massive riffing that comes in at such an oblique place it takes your breath away. The little passages of heavy 'stabs' among the sludgy vistas Yob create are fantastically well done, showing off their musicianship, but the overall impression is of an enduring purity that stays with you as a listener. It's like when you watch a really great film, after a while you completely forget your surroundings and the fact that it's a film. You are just there in another word for an hour. And then come the credits - in this case an amazing wah-wah section followed by a return to the track's opening quiet riff, bringing this mighty album to a perfect end.

Forums - - Yob - The Illusion Of Motion