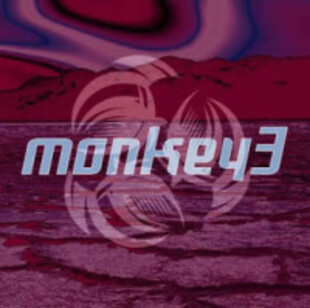 Now, I don't know about you but Switzerland is not a country that I'd normally associate with stoner rock. However this is exactly where Monkey 3 are from. Despite their name, they are actually a four-piece comprising of Boris on guitars, Picasso on bass, Walter on drums and the improbably titled "Mister Malpropre" on keyboards.

As you may have noticed, there is no vocalist in Monkey 3, this is because like Pelican they are an instrumental band. Musically though, they are not very similar, and have a bit more of a progressive feel to most of the songs. I'm not normally a fan of keyboards in rock music, but in this album they are used to add to the atmosphere and really do sound very good.

All of the songs on this album seem like extended jam sessions, often starting with a simple bassline, then building and building to monstrous "choruses" - for want of a better word. The musicianship on this album is fantastic, every note is exactly where it should be and the production is spot on, with no one instrument dominating the others.

From my description you may think the songs would sound too similar, there is a lot of variety on this album, from the Tool-esque "Electric Mistress" to the Hawkwind style introduction on "Narcotic Jam" to the last Monkey 3 song on the album, "Boris Nuts" with its Southern Rock mood, this really is great stuff. Because of their similarity to Isis and Pelican it's likely comparisons will be drawn, however this would be an injustice to Monkey 3, their main difference from similar bands is the 70's rock or even blues style to the guitar "solos" - not solos as such but relaxed jams over the top of everything else, very reminiscent of early Black Sabbath, and even Slash to some extent (Yes, that is a compliment!).

The last track is a cover of "Lividity" by the Melvins, and although it is pretty true to the original, it is an odd choice of cover and in my opinion the weakest track on the album. Having said that, it is of little concern as the rest of the album is of absolutely top quality.

Overall I am really impressed with this album, if anyone enjoys a big fat groove (come on, that's got to be pretty much everyone!) then you would be a fool not to check this out. Definitely a band to watch out for.