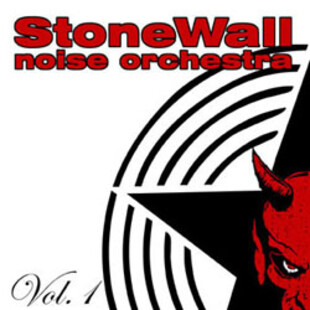 Scandinavia has a long-held tradition of producing excellent bands in every genre of metal. The last decade has seen bands like the Spiritual Beggars, Grand Magus, Dozer and Demon Cleaner gaining a worldwide audience.

Formed in industrial Borlänge, in the heart of Sweden, in the autumn of 2004 come StoneWall noise orchestra. Firmly rooted in the region's heavy rock and stoner scene, Snicken and Jansson (both guitar) played in the now defunct Demon Cleaner, as did Mr. Pillow (drums). Jansson is also a member of Greenleaf. With local band stalwarts Jonas (bass) and Singe (vocals), rounding out the line-up, the group of long-time friends were ready to go. All they needed was a name...

We went on to ask Snicken to fill us in on what's been happening with the group's former projects, and discuss the future for StoneWall noise orchestra. 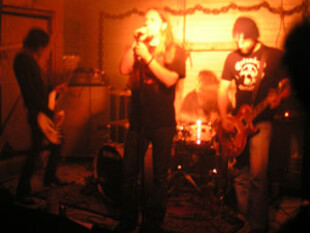 S: Demon Cleaner does not exist anymore, we did our last gig at Stoned From The Underground, in Erfuhrt, Germany. Funny thing, StoneWall noise orchestra will be playing at this years Stoned From The Underground (in Erfuhrt in July)! Greenleaf does exist, but it's an ongoing project that comes alive when the guys have the time and inspiration to work with it. Martin (Demon Cleaner vocals) is working his ass off with Dozer and Molten so there's not much time over for bands. There's absolutely no hard feelings anywhere, we're all good friends hanging out drinking beer during the weekends! No one will ever know what Demon Cleaner could have become and honestly we don't care. There's no use looking back, we had a great time with Demon Cleaner but hopefully the best is yet to come.

Every day is a new beginning for us! We just do whatever feels right at the moment, I mean, in a way it's a continuation, but mostly it feels fresh and we're more open for new ideas and sounds. We'll start to record a bunch of new songs any day now. Time will tell what happens with these recordings, but they will be released in one way or another in the near future. Enough said! We'll also probably do some club gigs in Sweden during the spring.

You state that you 'don't mention influences' so as not to detract from your music - so, if not who influences your sound, what music do you listen to?

S: We think it's up to the listener to decide what or who we sound like. If you mention a couple of bands it automatically puts you between a rock and a hard place. Actually it doesn't matter how people define our music as long as it's their own honest opinion. All music that moves us in some way excites us and that can be anything from David Bowie to Slipknot, depending on what mood we're in!

You also have the admirable mantra of 'No rules, no restrictions, just good music and great fun'. How does the music reflect this attitude?

Rules and restrictions can never be good for creativity! We're trying to have as much fun as we can doing our music. It's so much easier to work that way and I think the music comes out in a more natural and honest way. The ambitions are to create music in a band that's constantly open for new ideas, a band that doesn't care about what's expected from it. Every time a band gets placed in a certain category (doesn't matter which one) they're always expected to sound, to look and play in a certain way. I think that's boring...

As yet, StoneWall noise orchestra haven't released any material with a label, but an album's worth of (excellent) songs is available to download from their website right now. Do yourself a favour and go check them out.

All artwork and photography from the StoneWall noise orchestra website.